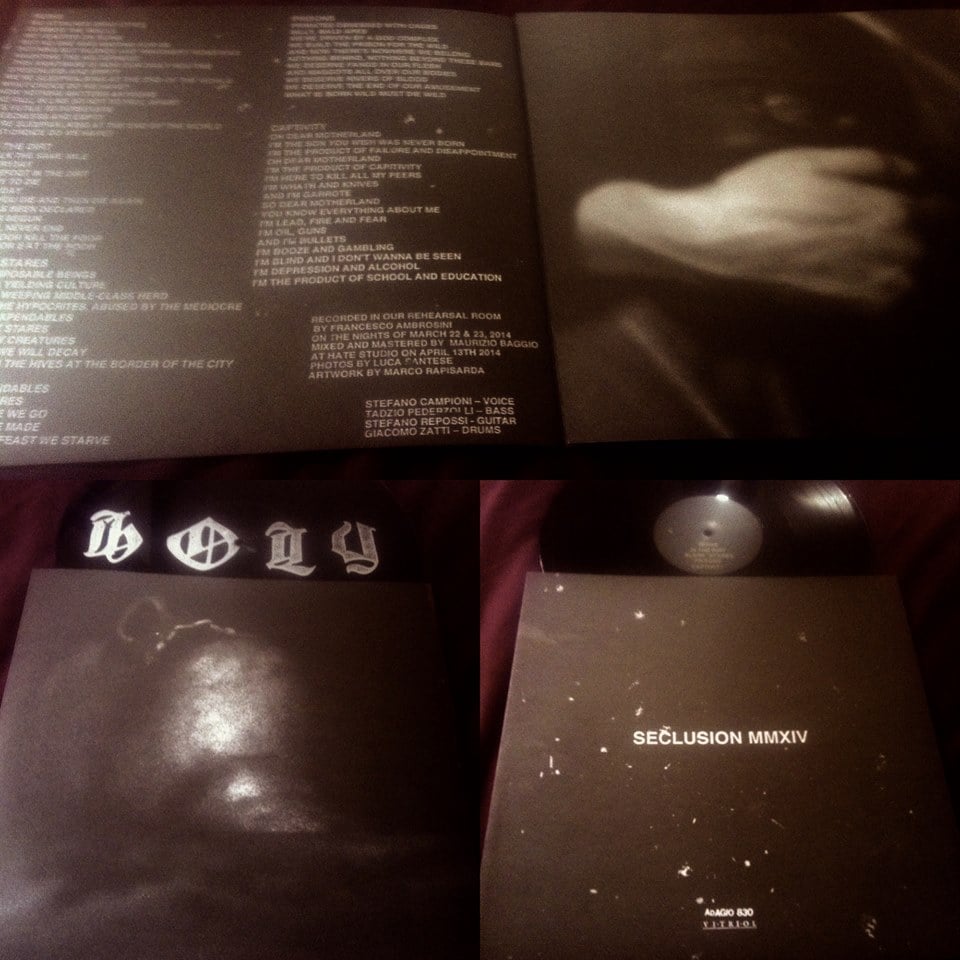 Holy is a four-person hardcore destruction unit from Milan, Italy. Melding elements of punk, d-beat and thrash they rip through five tracks of ethically-charged mayhem in their new LP release "Seclusion MMXIV", coming out in Europe on Adagio830 and the United States on Vitriol Records. Over the course of the last two years, HOLY have made a name for themselves touring Europe and the United States, releasing a self-titled record and 2013's crusher "Age of Collapse" and cultivating a well deserved reputation of live ferocity. In August 2014 HOLY hit the US East Coast with Graf Orlock and Dangers.

Check this shit out. Short but sweet.